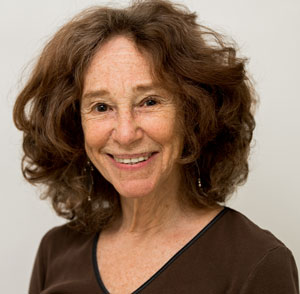 In the early 1980s, Sharon Solwitz spent summers near the Saint Croix River south of Grantsburg, Wisconsin. Over the years, she’s returned to visit family, friends, and the river. Now, with three books in print, as a professor at Purdue, and multiple accolades, she’ll be back in the area June 16th with a reading and presentation at the Saint Croix Falls Library at 6 p.m.

Solwitz grew up in idyllic Beechwood, Ohio, and has lived most of her adult life in Chicago with husband Barry Silesky. Silesky, known for his poetry collections (The New Tenants, One Thing That Can Save Us, This Disease) and as the biographer of Lawrence Ferlinghetti and John Gardner, is a former resident of the Saint Croix River valley. In the 1970s, he built a cabin in what is now the Fish Lake Preserve and lived there full-time until moving to Chicago.

“I’d never been to that part of the world,” says Solwitz. She and Silesky were teaching assistants at the University of Illinois-Chicago (UIC) and came up to his cabin for the first time in the summer with a commitment to each write four pages a day. “I loved the privacy. The closest neighbor was far away in a cranberry bog.”

Solwitz published her first short story in 1984, which led to a position as fiction editor for the prestigious ACM. The literary journal began as a local publication for graduate students in the UIC workshop and grew to national recognition. Silesky took over as poetry editor from Lee Webster, and held tenure as editor for more than 20 years.

Eventually, Solwitz became a professor at Purdue University where she still teaches in the Creative Writing Program. While teaching and writing, she also became a mother to twin sons, Seth and Jesse, in February 1987. Her early work reflects the experience of mothering as does the book she considers closest to her heart. That book, which won the Christopher Doheny Award, with the title Abra Cadabra, comes out of Solwitz’s experience of loss. Her son Jesse died of a rare form of cancer at the age of 13. Says Solwitz, “Writing that book helped me live with what happened—the loss. There’s something about the construct of art that changes memory – burnishes it, temporizes it, puts it in its place. It’s given me a place for the loss of Jesse and in memoriam to him.”  Solwitz has continued to work on the manuscript, now title Alive, and is now seeking print publication for it.

Solwitz offers advice to aspiring writers based on her years of teaching and experience in publishing. “Write something good, fresh, and personal. Even if it’s all those things, it doesn’t mean it’s going to be published. Find a way to enjoy it,” says Solwitz. “Find friends who write or at least like to read, show your work, encourage and advise each other.”  For those working on book-length projects requiring years of commitment, Solwitz has this recommendation: “Enjoy your writing circle. It helps with the loneliness of working on a long piece.”

Solwitz’s collection of stories, Blood and Milk, won the Carl Sandburg Prize from Friends of the Chicago Public Library, the prize for adult fiction from the Society of Midland Authors, and

was a finalist for the National Jewish Book Award. Awards for her individual stories, published in such magazines as TriQuarterly, Mademoiselle, and Ploughshares, include the Pushcart Prize, the Katherine Anne Porter Prize, the Nelson Algren, and first prize from Moment Magazine and the American Literary Review. Her stories have been reprinted in Best American Short Stories 2012 and Best American Short Stories 2016. She is the author of two novels, Bloody Mary (2003) and Once, In Lourdes (2017).